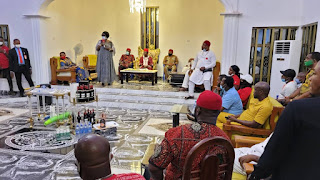 The people of Igbo-ukwu community in Aguata local government area of Anambra State on Saturday, February 13, 2021, endorsed the Senator representing Anambra Central Senatorial District and frontline gubernatorial aspirant, Senator Uche Ekwunife, over her bid to contest the upcoming Governorship election in the State, under the platform of the Peoples Democratic Party.

The gathering which had in attendance many stakeholders, party leaders and youths of Igbo-ukwu community held in the palatial residence of Chief Albert Ezenwanne. And it was a fruitful and strategic meeting between Ekwunife and her community.

According to Chief Bony Ezenwoye who is popularly known as Ochudo Igbo-ukwu, Ekwunife is a daughter of the soil whose uniqueness and doggedness have no bound. Chief Ochudo stated that Ekwunife possesses the competence which she has exemplified as a Federal Lawmaker..

The community Chief stated that Ekwunife being the daughter of the town had in far back in the year 2001, awarded scholarships to numerous Aguata Indigenes to pursue their educational dreams in different higher institutions. This he said, made all the monarchs of Aguata LGA to bestow on her "Nnedioramma" Chieftaincy title, stating that Ekwunife is the first and only woman in OAU to attain that feat. Ochudo pointed that the Senator extended her unique qualities in all the nooks and crannies of the State in one way or the other, declaring she is the most qualified for the Governorship seat.

On his part, Chief Barr. M. C. K Uba emphasized that Ekwunife who he had worked with as a banker is a woman of excellence who is focused and goal-oriented lawmaker. The former House of Rep aspirant highlighted the giant strides of the Senator while in the public sector and noted that she is the best for the job.

In his words, the Chairman Igbou-kwu Timber Market, Mr Chukwuka Okoye stated that he is a nonpartisan personality, but that the numerous achievements of Ekwunife made him to believe that it was not all the political leaders in Nigeria were underperforming. Mr. Okoye stated that Ekwunife has facilitated many employments and laudable projects to the Constituents.

The Caretaker Chairman of the community, Mr. Chukwudi Okafor promised Ekwunife of their massive support and prayers to make sure she emerges the candidate of her party, and consequently the next Governor. The Caretaker Chairman noted that all the stakeholders in the town would collapse their structures for the distinguished Senator once the Governorship ticket of the Peoples Democratic Party gets to her hand.

Chief Dr. Caroline Nwosu, on behalf of Igbo-ukwu women commended Ekwunife, noting that her achievements and antecedents speaks volume. Dr Nwosu said that Ekwunife's mandate was divine and pledged their full support to the distinguished Senator saying it is the time to test the capabilities of women in governance.

Chief Albert Ezenwanne in his closing remarks, eulogised Ekwunife as a woman of substance. The CEO AB Expera group of company said that amongst all the aspirants for the Anambra Governorship election that Ekwunife stood tall in terms of achievements and scorecards. The community Chief threw his support behind Ekwunife saying, she is an illustrious daughter of the land in whom they were well pleased..

Earlier In her speech, Senator Ekwunife thanked her people of Igbo-ukwu for their support to her over the years and said as a daughter of the soil she would always associate with her people. Ekwunife used the opportunity to remind them of her intention to contest the upcoming election and to seek their support and prayers. Ekwunife said the time has gone when the course of governance was subjected to gender bias. She said that the time was ripe to have a woman elected governor in Anambra state.

The Chairman Senate Committee on Science and Technology maintained that if given the mandate as a Governor, she would prioritize all the sectors in the state, noting that as a former Rep member and current performing Senator that she is more experienced and most qualified for the job. 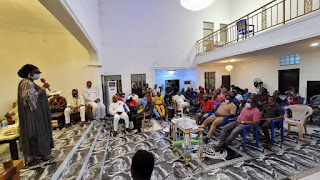 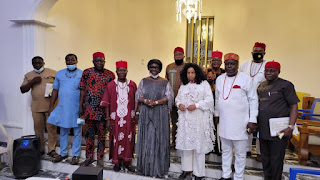 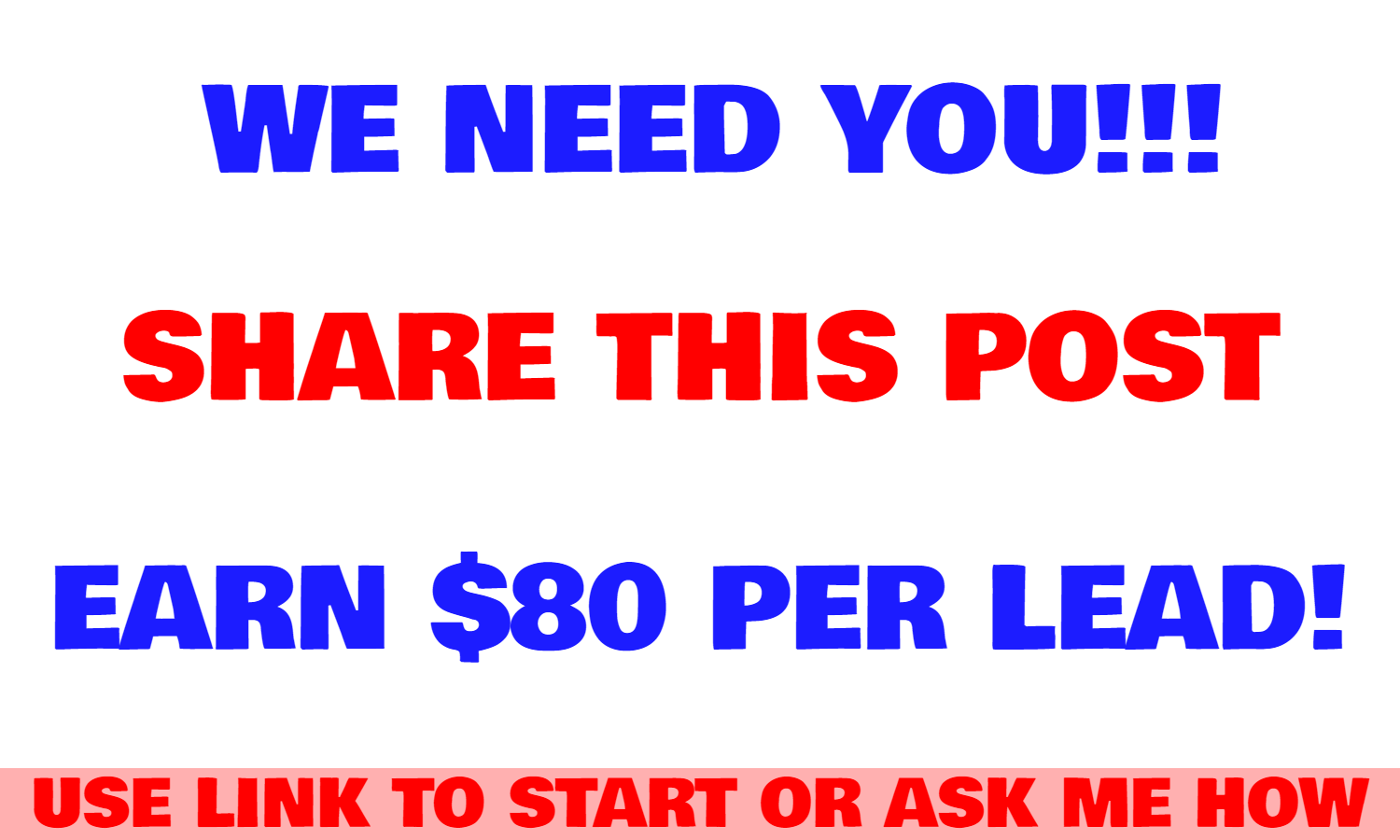 RoboForex – Professional services on Forex market
By Humphrey at February 17, 2021 No comments:

I am A Football Fan Not A Fanatic

I am a football fan not a fanatic.

The death of this golden legend called Diego Maradona got me  wondeing about the essence of life. Little wonder when billionaire Femi Otedola  in a telephone interview, was asked by the radio presenter

"Sir what can you remember made you a happiest man in life?"

I have gone through four stages of happiness in life and finally I understood the meaning of true happiness.

The first stage was to accumulate wealth and means. But at this stage I did not get the happiness I wanted.

Then came the second stage of collecting valuables and items. But I realized that the effect of this thing is also temporary and the lustre of valuable things does not last long.

Then came the third stage of getting big projects. That  was when I was holding 95% of diesel supply in Nigeria and Africa. I was also the largest vessel owner in Africa and Asia. But even here I did not get the happiness I had imagined.

The fourth stage was the time a friend of mine asked me to buy wheelchair for some disabled children. Just about 200 kids.

At the friend request, I immediately bought wheelchairs.

But the friend insisted that I go with him and hand over the wheelchairs to the children. I got ready and went with him.

There I gave these wheel chairs to these children with my own hands. I saw the strange glow of happiness on the faces of these children. I saw them all sitting on the wheelchairs, moving around and having fun.

It was as if they had arrived at a picnic spot where they are sharing a jackpot wining.

I felt REAL joy inside me. When I decidedto leave one of the kids grabbed my legs. I tried to free my legs gently but the child stared at my face and held my legs tightly.

I bent down and asked the child: Do you need something else?

The answer this child gave me not only made me happy but also changed my attitude to life completely. This child said:

"I want to remember your face so that when I meet you AGAIN if GOD/DEATH allow, I will be able to recognize you and thank you once again"

What would you be remembered for after you leave that office or place?

Will anyone desire to see your face again where it all matters?

This got me thinking. I pray it does same to everyone.

Have a wonderful day