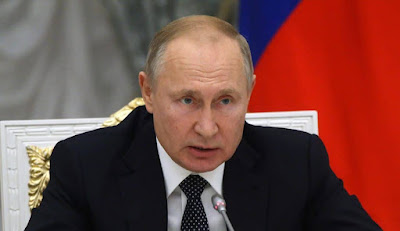 UN Secretary-General, António Guterres has announced 20 million dollars for humanitarian support in Ukraine, saying protecting civilians must be ‘Priority Number One’ in supporting the people.

Guterres also urged Russian President Vladimir Putin to bring his troops back to his country, adding that he should not begin what may be the most devastating war since the start of the century.

Putin had listed three conditions to put an end to the standoff, advising Kyiv to renounce its bid to join NATO, to partially demilitarize and to recognize Russia’s sovereignty over Crimea, the Black Sea peninsula that Moscow annexed from Ukraine in 2014.

Guterres reiterated that the UN and its humanitarian partners are “committed to staying and delivering, to support people in Ukraine in their time of need.”

According to him, Russian military operations inside the sovereign territory of Ukraine “on a scale that Europe has not seen in decades, conflict directly with the United Nations Charter.”

In spite of a sustained UN-led and international diplomatic push to avert military action in Ukraine, President Putin did just that, triggering a barrage of reactions, beginning with the UN chief condemning the move and appealing for peace.

“All Members shall refrain in their international relations from the threat or use of force against the territorial integrity or political independence of any state, or in any other manner inconsistent with the purposes of the United Nations,” Guterres said, quoting chapter 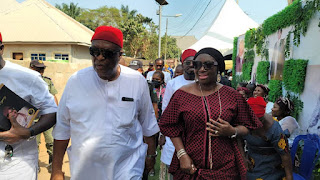 Late Chief Egolum who died at the age of 72 was until his death a retired Permanent Secretary, Ministry of Justice.

The funeral ceremony which was held at his hometown was graced by dignitaries across the country including the former governor of Anambra state, HE Peter Obi.

In her condolences message, Ekwunife described the deceased as a seasoned lawyer who would be remembered forever. She noted that the iconic lawyer was a very selfless and humble man and prayed God to grant him eternal rest in heaven.

The Chairman Senate Committee on Science Technology and Innovation further on behalf of her family and the good people of Anambra Central Senatorial District extended condolences to the entire Egolum family. 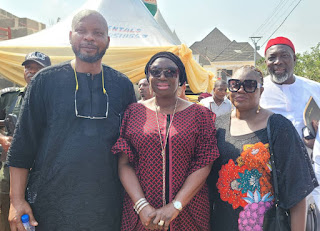 Construction of Second Niger Bridge Should Name after Buhari

Construction of Second Niger Bridge Should Name after Buhari 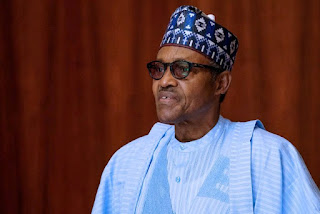 Taking to Twitter, the Personal Assistant to President Muhammadu Buhari on New Media, shared a video of the 1.6km bridge, describing it as a major connection point between two economically vital regions in Nigeria.

Ladies and gentlemen, the Muhammadu Buhari Bridge (MBB), a 1.6KM Bridge that will be a major connection point between two economically vital regions in Nigeria,” he tweeted.

The tweet, however, didn’t go down well with some users as one, @Arizona_CF, said, “The name is 2nd Niger bridge. Any other name doesn’t stand a chance.”

Another user, @Greenaetion also said, “It is not Muhammadu Buhari Bridge and it can never be. It wasn’t Buhari who initiated the project nor did he use his salary to construct the Bridge. That’s 2nd Niger Bridge or Southern Link Bridge.”

In defence of his principal, Ahmad responded saying, “So, can we call it Goodluck Jonathan Bridge for sketching the bridge? The bridge is to be called ‘Muhammadu Buhari Bridge’, read the name again and let it sink in your head.”

The Second Niger Bridge is being constructed to ease the burden on the Niger Bridge which links Onitsha and Asaba.