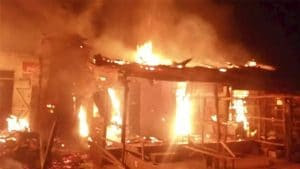 Aprokorepublic gathered the incident which razed down several shops occured on Friday evening.

Details of the inferno are still sketchy as at press time, however, a source disclosed told our reporter that the incident followed a tanker explosion close to the market.

According to her, many corpses have been recovered from the scene of the incident.

Email ThisBlogThis!Share to TwitterShare to FacebookShare to Pinterest
Labels: How to start affiliate marketing?, INSPIRE MY WOULD

Fani-Kayode lied, never played any role in my defection to APC – Gov Umahi

Fani-Kayode lied, never played any role in my defection to APC – Gov Umahi 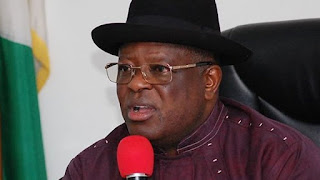 The Ebonyi State Governor, Dave Umahi, has rubbished the claim by former Aviation Minister, Femi Fani-Kayode, that he facilitated his defection to the All Progressives Congress, APC.

Umahi insisted that Fani-Kayode played no role in his defection from the Peoples Democratic Party, PDP, to the APC.

Fani-Kayode had yesterday formally joined the APC at the State House where he was presented to President Muhammadu Buhari.

Speaking on his defection, the former minister claimed he played a role in Umahi, Governor Ben Ayade of Cross River State, and Bello Matawalle of Zamfara State’s defection to APC.

Speaking on Channels Television’s Politics Today, Umahi maintained that Fani-Kayode was not aware of his defection to APC.

“I think he needs to withdraw that statement, he’s my good friend but, it was an insult on my person and the other governors

The man did not know when I moved, but incidentally he visited me and we discussed, and he said he was coming to join me with the other governors to declare.

“How will somebody in the PDP be instrumental to my moving?” he queried.

Email ThisBlogThis!Share to TwitterShare to FacebookShare to Pinterest
Labels: How to start affiliate marketing?