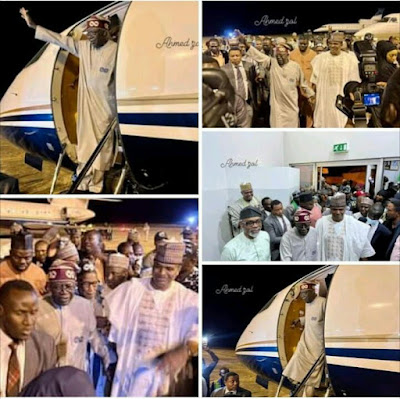 His Execellency, The Former Executive Governor Of Lagos State And APC Presidential Candidate, Bola Tinubu has landed in the capital city of Bauchi.

It was gathered that the candidate was accompanied by the Speaker National Assembly, Femi Gbajabiamila And APC Stakeholders.

He was received by Bauchi State Governorship Candidate, Retired Air Marshal, Sadique Baba Sadique and other dignitaries in the northeast region part of Nigeria.

Speaking earlier today, Mr Tinubu said the APC promised to embark on provision of basic infrastructures to the poor and less privileges.

He added that the all progressive congress has planned to tackle the issue of poverty across the northeast and Nigeria at large.

In his remark, The Governorship Candidate, Sadiq Abubakar thanked and appreciate him for honouring his invitations to take part in the political rally in Bauchi.

Source: this story was published on the facebook account of the media aide to the Former Chief of Air staff, Comrade Ahmed Abdullahi, kindly visit the page to read more. 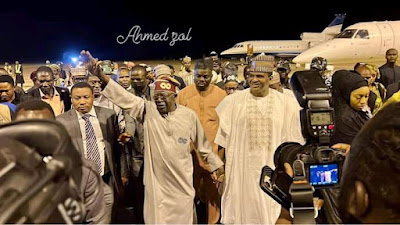 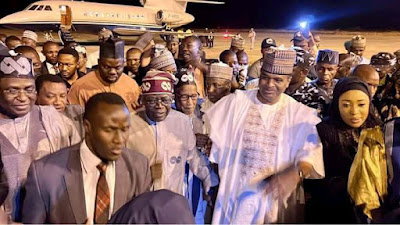 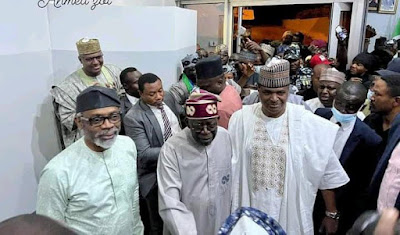