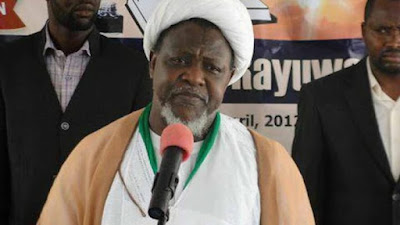 Shiite Muslim leader Ibrahim El-Zakzaky has denied reports alleging that he endorsed the presidential candidate of the Labour party, Peter Obi, or any other of the candidates vying for the presidency in February.

This comes after a viral report speculated that the cleric had endorsed Obi following the several high profile endorsements of LP flag bearer by former president Olusegun Obasanjo and Edwin Clark, a Niger Delta leader.

The post also allegedly urged 8 million Shiite Muslims to get their Personal Voters Card so as to vote for Peter Obi at the 2023 presidential poll.

Speaking about the development, one of the cleric’s lawyers, Marshall Abubakar (of the Falana & Falana Chambers) told newsmen that the purported endorsement of Obi or any other presidential candidate is fake news.

He also confirmed that “some presidential candidates” have approached the cleric for endorsement.

He added that his client believes that the ongoing presidential campaign lacks ideology that would move the nation forward.

“That is fake news.. I can confirm you that there is nothing of such… though some presidential candidates have reached out to him, but he has refrained from endorsing any of them because he believes the 2023 presidential contest is bereft of ideological leaning,” Marshal stated