All Progressives Congress (APC) Presidential Campaign Council spokesman, Festus Keyamo, has said it is impossible for the presidential candidate of Peter Obi to become president of Nigeria. 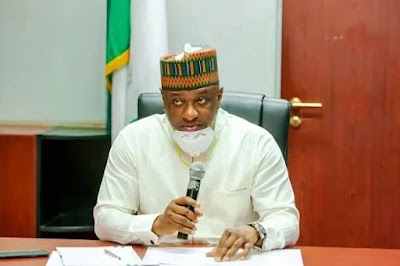 GoldenNewsNg reports that Keyamo said the possibility of Peter Obi’s entering the Aso Rock – Nigeria’s presidential house – is like a camel passing through the eyes of a needle.

The Minister of State for Employment and Labour used the biblical allusion to illustrate Obi’s chances in the next month’s presidential election while reacting to news making round on social media.

A WhatsApp message had trended on social media, in which Keyamo was quoted to say the presidential candidate of the APC, Bola Tinubu may lose the election because of the popularity and acceptance of Peter Obi by Nigeria masses. The message reportedly quoted Keyamo as saying the APC could have found a match for Peter Obi.

He said, “as zero hour approaches, some have resorted to lies and fake news to take them into Aso Rock. They say they want to reform the system, but they’ve sadly turned out to be fraudulent manipulators of images and quotes and the greatest abusers of the system in order to force a narrative.

“A certain quote making the rounds on social media where I purportedly said “We never saw Peter Obi coming, he took us all by surprise, the only mistake we made in APC bla bla ” is fake news. OBI entering the Villa is like a carmel passing through the eye of a needle”