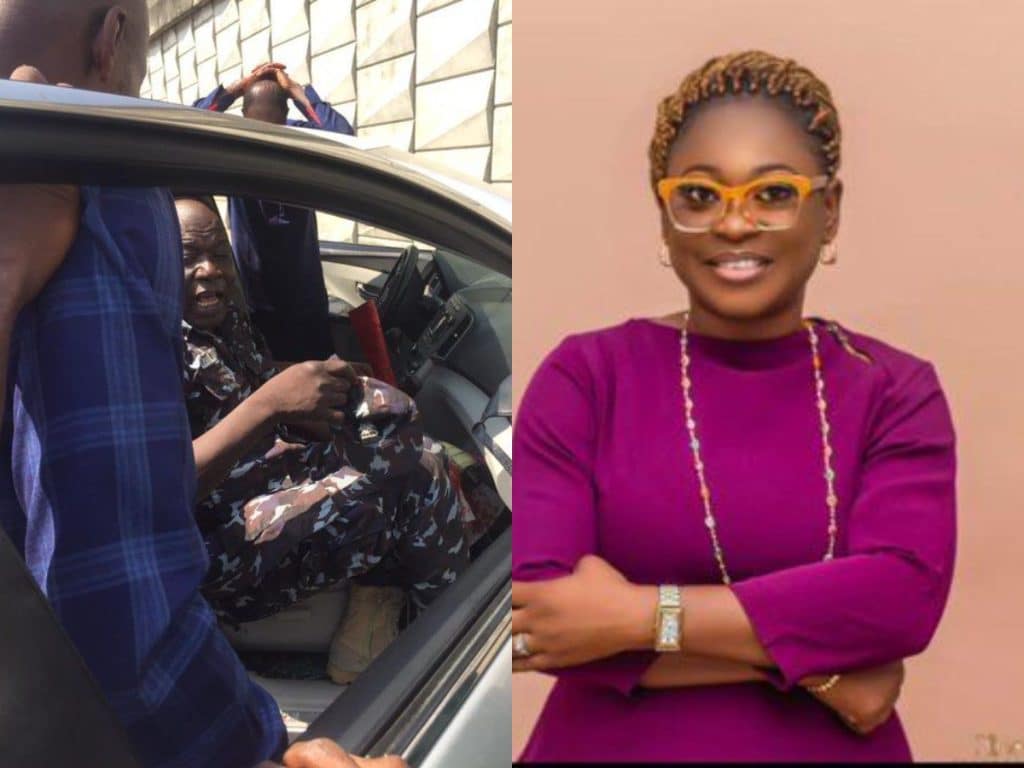 Emerge flesh details about the killing of a Lagos lawyer identified as Bolanle Raheem have emerged as the photo of her suspected killer has been unraveled.

Recall that Raheem was killed on Christmas day by an Assistant Superintendent of Police around the Ajah area of Lagos State.

She was said to be returning from church in the company of her husband when she was shot and killed by the officer attached to Ajiwe Police Station.

Following the reports about her death, popular human rights lawyer, Inibehe Effiong on Monday, revealed the face of the suspected killer officer on his Twitter account.

He also identified him as ASP Ayuba while noting that he and some others have paid a condolence visit to the family of the deceased.

The lawyer wrote: “This is ASP Ayuba, the rogue policeman at Ajiwe Police Station, Ajah that murdered a pregnant lawyer, Mrs. Bolanle Raheem, on Christmas day while the victim was returning from Church with her husband. We were at the station this morning and paid a condolence visit to the family.”

Effiong added that the man in the picture seen holding his head is the husband of the killed lawyer.

“The grieving man that is holding his head with his two hands in the photo is the husband of the deceased lawyer. He could barely utter a word while we were in his house,” he said.