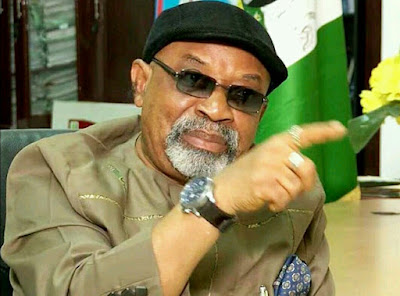 The Federal Government on Saturday explained why it failed to pay full salaries to lecturers under the aegis of the Academic Staff Union of Universities.

According to the ministry, pro-rata was done because they cannot be paid for work not done.

“So, the Minister wrote to the Federal Ministry of Finance, Budget and Planning, directing that their salaries should be restored. They were paid in pro-rata for the number of days that they worked in October, counting from the day that they suspended their industrial action. Pro-rata was done because you cannot pay them for work not done. Everybody’s hands are tied.”

The news headline has stirred mixed reactions among Facebook users, Read some of the reactions from Nigerians that come across the headline on Facebook:

1. But when they resume most of this professors and lecturers would start from were dey stopped just to cover syllabus. You people are not encouraging them, you are touring with the future of we students and it will fight you back

2. Very illogical reasoning! What happens to pending examination results and associated activities. The Federal government should announce cancellation of previous sessions not paid for and let's continue on a clean slate.

3. FG should honour and value ASUU and sympathy with them for well done job in calling off the prolonging strike as instructed by industrial court decision. However, remember, they borrowed money in massive from people so how would they pay off that credit to debtors?

What is your opinion on this matter? Kindly drop your comments in the box below