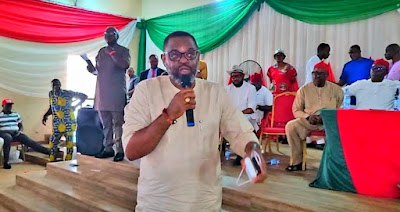 The candidate of the Peoples Democratic Party for Awka North and South federal constituency, Hon Emeka Igwe has described the Senator representing Anambra Central Senatorial District, Uche Ekwunife, PhD, as a leader with conscience. He stated that Ekwunife is an embodiment of empathy and fairness.

Hon Igwe said this while addressing stakeholders of the party during the Anambra Central PDP Stakeholders meeting last Saturday.

Igwe described the election that produced him as the party's candidate as a testimony of Ekwunife's pragmatic leadership of the zone. He further stated that Anambra PDP would experience unprecedented growth with leaders like Ekwunife who places the people's interest first.

"Distinguished Senator, I want to personally thank you for allowing party members in the zone choose their candidates without any external or undue influence. The ward delegates congresses that produced the delegates that voted in the primary elections were one the most transparent I've seen in my political career", Igwe said.

Hon Igwe's words were in consonance with the statements earlier made by a former member of House of Representatives, Hon Charles Odedo who served with Ekwunife in the 6th and 7th National Assembly.

Hon Odedo in his remarks stated that he chose to throw his weight behind Ekwunife because he witnessed the Senator's pragmatic and people-centred approach to leadership while she was their caucus leader in the House of Representatives and was more than convinced that Ekwunife if re-elected will continue to offer the people of the Senatorial District unmatched representation. 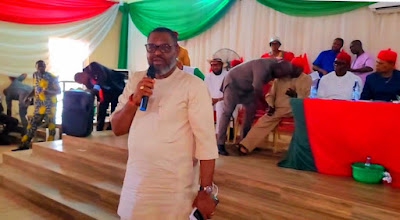 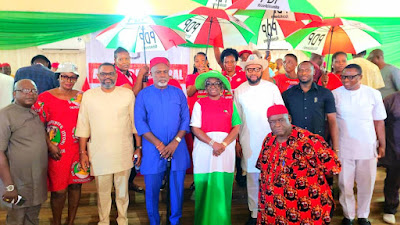 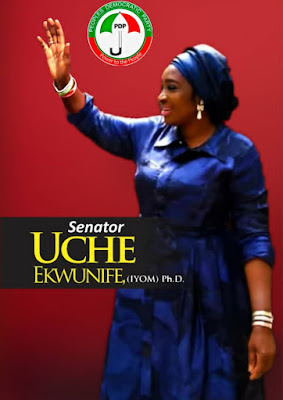 https://www.advertisefree.co.uk/splash/index-3.php?id=2192431234
Posted by Humphrey on June 13, 2022
Email ThisBlogThis!Share to TwitterShare to FacebookShare to Pinterest