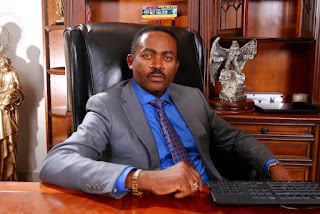 One of the Peoples Democratic Party (PDP) governorship aspirants, Godwin Maduka, is currently disoriented at the Dora Akunyili Women's Development Center, Awka, the venue of the Anambra PDP governorship primary after ten of his campaign officials made away with $450,000.

According to an eye-witness at the scene of the PDP guber primary holding on Saturday, June 26, 2021, Dr Maduka had earmarked $45,000 as a bribe to give to the super delegates from each local government. The source further revealed that about 10 of his staff reportedly collected the cash from him at the hotel where he was lodging and became unreachable later on.

"Lion (Dr Maduka) is fuming right now. Some of his guys just disappeared into thin air with his money. I think they see it as their only chance to get anything out of Maduka," the eyewitness, a staff of the PDP at the Abuja headquarters told our report.

"I believe they acted because things are not looking good for him as he does not have the required delegates to swing the primary in his favour.

"They must have connived to run away with the money because their numbers have been switched off," our source revealed.

Multiple sources confirm that Maduka was seen at the event ground at about 5.17pm pacing up and down on the phone and screaming at anybody who approached him.