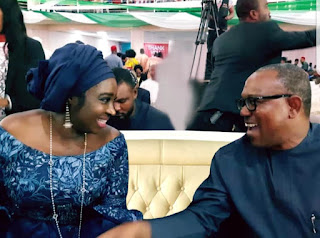 &nbsdescribes him as a man of financial prudence and a skilled administrator.
The Senator representing Anambra Central Senatorial District, Senator Uche Ekwunife has extolled the former Governor of Anambra State and the Vice Presidential Candidate of the Peoples Democratic Party (PDP) in the 2019 general election, His Excellency, Mr Peter Obi on his 59th birthday anniversary.
Senator Ekwunife describes Obi as a man of financial prudence, good governance and a skilled administrator who governed Anambra State with conscience and the fear of God.
She relives the impeccable records the Former Governor set while he governed the State which positioned the State as one of the States with the best roads network in the country, health infrastructure, education and others.
"His Excellency, Mr Peter Obi remains one of the priceless jewels of Anambra State and Nigeria who we must not fail to celebrate for his leadership acumen and good virtues. His era as the Executive Governor of Anambra State repositioned the State towards the path of economic growth and development."
Ekwunife notes that the Former PDP Vice Presidential Candidate since his exit as Anambra State Governor has continued to contribute meaningfully to national development through his many philanthropic interventions in schools, hospitals and religious organizations.
Senator Ekwunife appreciates the Former Governor for using his position as a highly respected leader of the Peoples Democratic Party to promote fairness, unity and cohesion amongst party members in the State and Nigeria in general.
The Senator wishes HE Mr. Peter Obi a Happy Birthday Celebration and urges him to remain steadfast in his quest for national development, while praying God to grant him many more years in good health as he provides leadership and mentorship to many of his ardent followers, and continues to contribute his quota to nation building.
Signed:
Kingsley Ubani
SA Media to Senator Uche Ekwunife 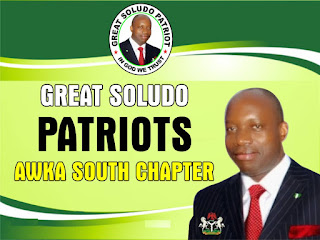