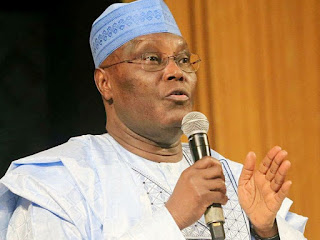 Reacting, the Former Vice President in a tweet via his official Twitter account on Saturday morning expressed his good wishes to the two candidates stating that he was confident that they would carry out their responsibilities well.

He said “Congratulations, Governor Wike on your appointment as Chairman of Edo State Governorship Election National Campaign Council of our great party, OfficialPDPNig.

“I am confident that your leadership, supported by Governor Ahmadu Fintiri, the Vice-Chairman, and other members of the PDP Edo 2020 Council will work assiduously for the victory of Governor Obaseki, and set Edo State on the path of even greater development.”