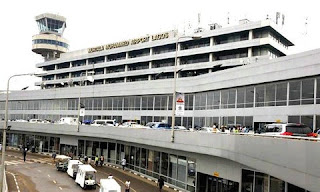 the resumption of domestic flights any time from June 21, The PUNCH reports.

The National Coordinator of the Presidential Task Force on COVID-19, Sani Aliyu, stated this on Monday during a briefing Abuja.

He said, “The aviation industry is requested to start developing protocols to allow for domestic flights to resume anytime from the 21st of June onwards.Airlines must ensure physical distancing by reducing passenger capacity and ensure the provision of sanitisers and personal protective equipment as well as carrying out temperature checks at the point of entry and departure and ensuring that airports are not congested by either travellers or airports staff.”

The PUNCH reports that the country’s airports and airspace were shut in March by the President, Major General Muhammadu Buhari (retd.), as part of efforts to contain the COVID-19 pandemic.Commercial flight operations, both local and international, had stopped forthwith but the President’s directive allowed the operation of essential flights including those for medical and evacuation purposes, amongst others.

On May 6, the Chairman of the Presidential Task Force on COVID-19, Boss Mustapha, announced that the closure of the country’s airports and airspace were further extended by four weeks after due consultations with experts.