The quarter finals stage of the Women's U-20 World Cup

The quarter finals stage of the Women's U-20 World Cup has been set and only the Strong qualified to trade tackles for the ultimate price. However, the Tournament could be more interesting with the pairing of Teams to be watched for the vital Quarter Final stage before dreaming of playing at the Final Game. 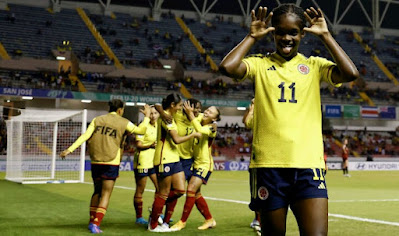 Colombia Women finished at the top of Group B after beating Germany 0-1 and playing 0-0 Draw with Mexico and 2-2 with New Zealand Women to finish with 5 points as group leader who will be trading tackles with Brazil Women that finished behind Spain with 7 points in Group A. Although Colombia Women were rugged and fast but facing a Brazil Team that humiliated Host Costa Rica by 5-0 even in front of home fans will be a huge task. Brazil scored 7 goals in the Group stage and conceded none while Colombia scored 3 and conceded 2. 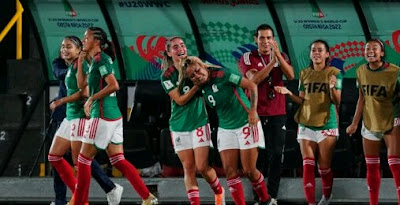 Spain Women top Group A with 7 points as Brazil but scored 8 goals, 1 more than Brazil. The Spaniard beat Host by 5-0, and Australia Women by 3-0, playing a draw against Brazil is an indicator that they meant business and Mexico that could only beat Germany by 1-0 and drew their other 2 Group B games should be ready for. Mexico scored only 2 goals and conceded 1 in the group rounds while Spain still enjoy clean sheet. 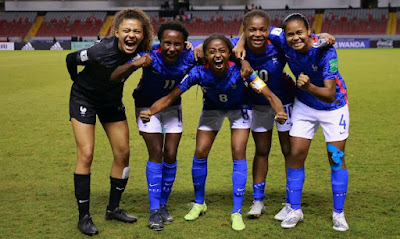 France Women never got to the party earlier as expected but in the end they also qualified for the quarter finals. After losing 1-0 to Nigeria, the French Women beat Korea by 1-0 and Canada Women by 3-1 to finish 2nd on Group C Table behind Nigeria with 6 points. They will face Defending champions Japan Women that garnered all 9 points in Group D, scoring 6 and conceding only one and for the fact that they are the defending Champions, France will find them difficult to defeat. The Japan Women side are the most tactical in this Tournament and this quality can punish a defensively weak side like France. 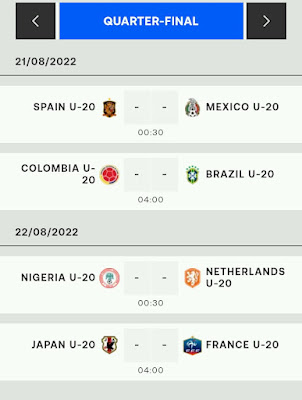 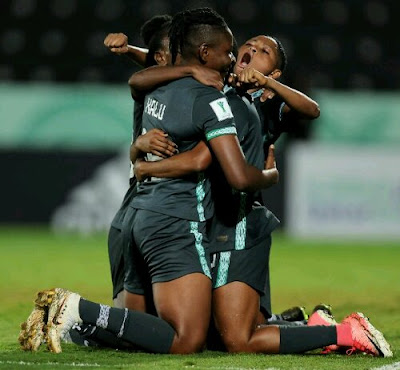 Nigeria Women surprised many by getting all 9 points and leading their group C log. The only Black Nation in the tournament after the elimination of Ghana Women will prepare again to tackle another European side Netherlands Women who eventually qualified to this round after beating 3 time Winner USA by 3-0 and another African Team Ghana by 4-1. Facing a Netherlands Women that only lost by a goal margin to Japan the defending champions should be a wake up call for Nigeria because they have tasted an African Team and score 4 goals against them. The beauty is that after beating France Women, Nigeria being the only representative of Africa must build on that confidence to grab the semi finals ticket 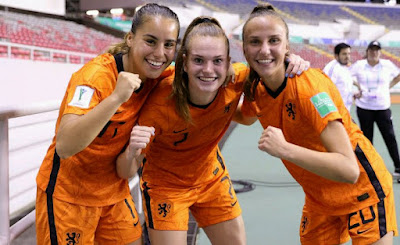 Nigeria will be up against Spain/Mexico if they beat Netherlands Women while it will be France/Japan against Colombia/Brazil Women in the Semi Final Rounds. It means if Nigeria Women were lucky enough to get the Final ticket, then Brazil or Japan Women will be envisaged for a crucial title decider. 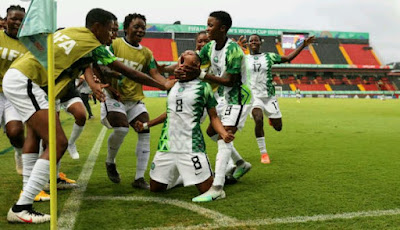 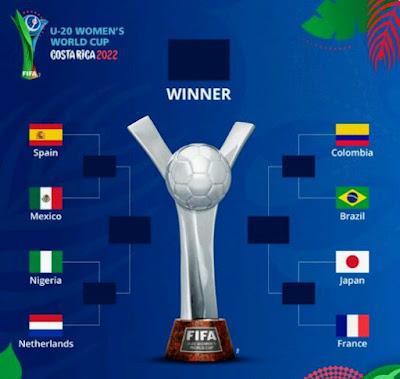 Do you think NIGERIA women have done enough or the Title should be their main target and level of rating? Share your thoughts and follow for more