All Must Hail BIAFRA We Move With None Stop 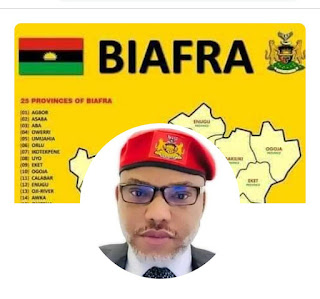 Down on my luck, I am so filled with revulsion seeing people whom I had envisaged to had known the real inferences of entertaining daydreams that will never come to pass, wallow in total ignorance. Does it actually mean that common sense is no more common in this generation of ours? Why would some individuals pursue persistently and energetically in order to obtain results from something that is impossible to achieve even after seeing the clear signs of embarking on a fruitless journey? 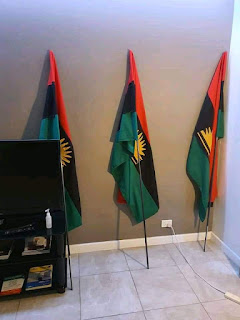 To be honest, I just can't bring myself to a position where I'd be compelled to believe all the party aspirants especially Charles Soludo, Andy Ubah, and Ifeanyi Uba, running in the forthcoming November 6th, 2021 Anambra State gubernatorial election, till now, are yet to convince themselves of the fact that with Mazi Nnamdi Kanu still illegally detained in the department of state services (DSS) black hole, election in Anambra is definitely going to experience a very low turnout voters, if at all, anyone would even step out to vote for them.

I mean, why would these aspirants having witnessed the enormous power which Mazi Nnamdi Kanu holds in the entire Eastern region, having witnessed how all the 5 states in the South-East shuts down at the command of Mazi Nnamdi Kanu, they think that with Kanu still in illegal detention, Anambra Indigenes will consider going to polling units to thump print for them?

And to make matter worse, this same Mazi Nnamdi Kanu before his illegal abduction, torture and rendition, he gave the order election in Anambra will be heavily boycotted. Do these aspirants think that Biafrans have forgotten about the order even before the Head Of IPOB Directorate-Of-State, Mazi Chika Edoziem revalidated the Anambra election boycott?

No doubt, some have already began saying that boycotting Anambra gubernatorial election will give APC their needed opportunity to install their Fulani drone (candidate) in Anambra. Call it whatever you want because this is not the first time this kind of bogus claim is coming up. But the truth remains that until Mazi Nnamdi Kanu regains his freedom, not only the forthcoming Anambra gubernatorial election but other electioneering activities in the entire Eastern region will be massively boycotted. Nnamdi Kanu can't be illegally detained and you expect Biafrans to massively turn out to vote for you. You must be that man hoping to build castles in the air.

All of you aspiring to become the next Anambra State Governor should first of all, go and secure the unconditional release of Mazi Nnamdi Kanu and then we might consider if we are to vote for you or not. But until that is done, ELECTION IN ANAMBRA STATE WILL BE MASSIVELY BOYCOTTED!!!

Some of you aspirants don't even know that anyone who works positively towards securing the immediate release of Mazi Nnamdi Kanu, Biafrans might hugely turn out to vote for such aspiring individual. But here you are campaigning for election when the man with the authority to shut down the entire states with total compliance is still held against his wish. Isn't that like chasing shadows? No problem, go ahead and let's see the outcome. November is

Posted by Humphrey on September 09, 2021
Email ThisBlogThis!Share to TwitterShare to FacebookShare to Pinterest
Labels: IPOB- Ex-President